Latest Update
You are at:Home»Hardware Troubleshooting»How to take a part laptops and notebooks [Toshiba]

How notebook screws are marked : 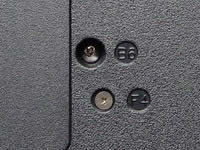 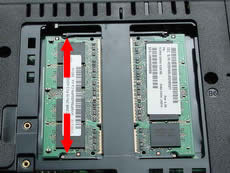 Carefully spread latches on both sides of the memory slot with your fingers. 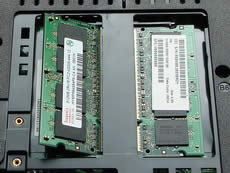 The memory module will pop up at 30 degrees angle. 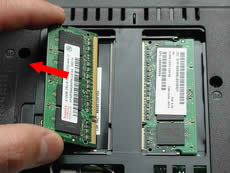 Carefully pull the memory module from the slot by the edges. 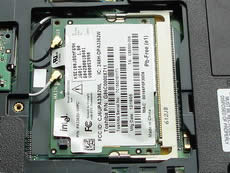 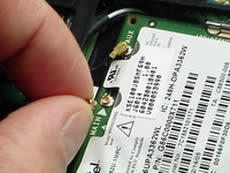 To disconnect the antenna wire from the wireless card grasp the connector with your fingers and unsnap it from the card. 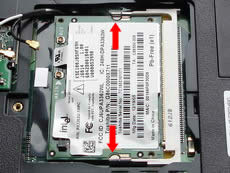 Carefully spread latches on both sides of the wireless card slot, just enough to release the card. 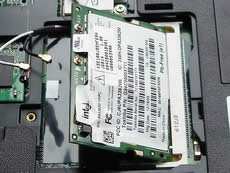 The wireless card will pop up at 30 degrees angle. 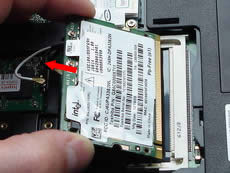 Pull the wireless card from the slot by the edges. 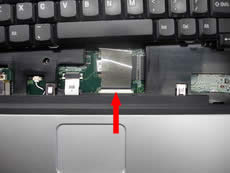 Before you pull the keyboard cable from the connector on the motherboard, you’ll have to open up the connector. 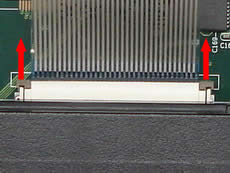 Unlock the cable by moving the connector lock (brown piece on this picture) up. 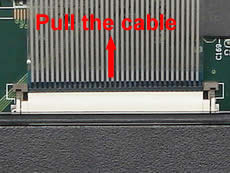 After the connector is unlocked you can pull the cable. Be very careful with the connector. If you accidentally damage the connector, you’ll have to replace the motherboard.

Usually the modem is secured to the motherboard by two screws. Remove them. 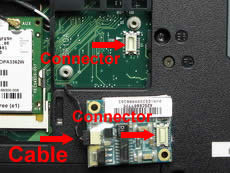 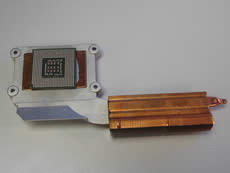 CPU came out attached to the heat sink because thermal paste dried out and glued the processor. 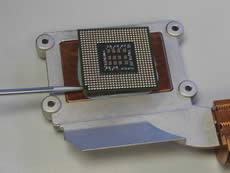 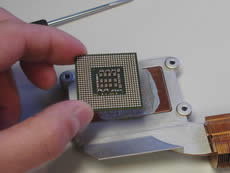 Lift up the CPU and install it back into the socket on the motherboard. Now you can safely remove old thermal paste and apply a new layer of paste. 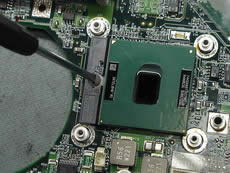 The CPU is locked in the socket. Before you can remove the CPU, you’ll have to unlock the socket. Use a Flathead screwdriver and turn the socket screw to “Open” position. 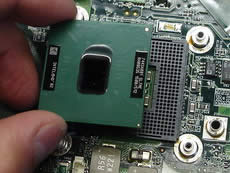 Lift up the CPU by the edges. Be careful, there are a lot of fragile pins on the opposite side of the CPU. You should be able to install the CPU back into the socket without any force. 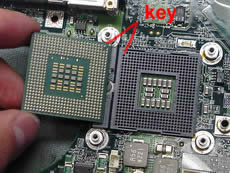 There is only one correct way to install the processor into the socket. Both CPU and socket are keyed. When you are installing the CPU, make sure to match pins on the processor with holes on the socket. 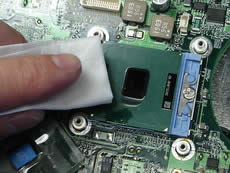 Before applying thermal grease on the CPU, clean the surface with alcohol. 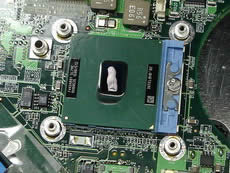 After the CPU surface is cleaned, apply a small drop of thermal grease. 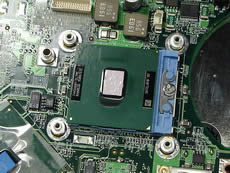 ATTENTION! If you forget to lock the CPU in the socket, the laptop will not boot. If you install the heat sink without applying thermal grease, the CPU will overheat.